"Diablo II Resurrected" is a remake of the classic action role-playing game "Diablo II". Hunt down the dark wanderer,  vanquish the minions of the Burning Hells as you uncover the fate of the Prime Evils Diablo, Mephisto, and Baal.

In the new Diablo 2 Resurrected Ladder Season new Ladder gold and items will be introduced to the game, which will appear in our selection almost immediately. Other ladder Items, including unique items, runes, cube recipe packs, set items, etc will be available almost instantly after the April 28 Ladder start.

Diablo 2 Resurrected Ladder gold is the major money in Diablo 2 Resurrected. D2R Ladder gold is another name for it, it can be used to  purchased various items in the game. With lots of D2R Ladder gold, players can quickly build an advantage in the game. iGVault can provide you with a large selection of gold packs, and we provide fast delivery, cheapest price and 24/7 live chat  service to ensure a favorable purchase experience. 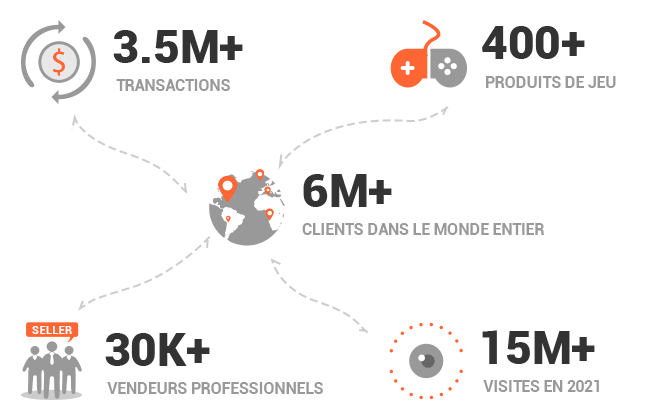 How does iGVault work?

4. Buyers receive products and give feedback

If you pay with credit card and request a refund,please note that the time frame of refund funds appear in shopper's credit/debit card account is different after refund successfully.

Normally it takes banks 14 business day to credit the refunds into the cardholder’s account. Some banks will take 30days or even until their next billing cycle.